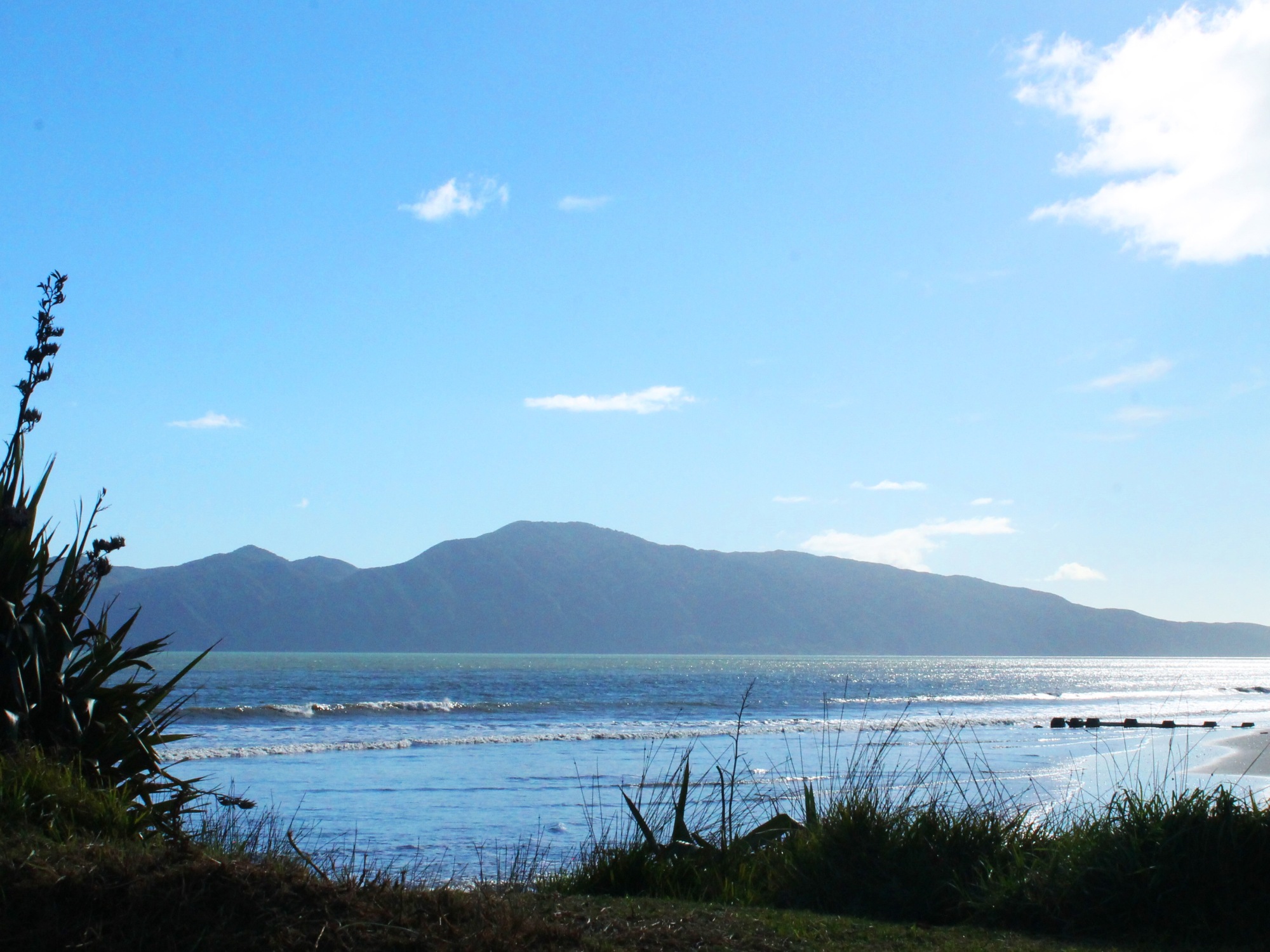 For weeks now, I’ve had this weird habit of practicing my terrible kiwi accent out loud every time I happen to pass a sign on the highway for Paraparaumu (para-para-oo-moo). It’s the sort of word that gets stuck in your head and you say it over and over until you forget the context in which you thought of it in the first place. Having scoured the map for ideal day trip locations, with Paraparaumu only being a 25 minute drive up the Kapiti coast, Andreas and I decided we’d finally venture up there.

We set out in search of the Queen Elizabeth park, which is a little outside of Paraparaumu itself. The journey out was another prime example of New Zealand’s rapidly changing landscapes, as we drove up cliffs, down onto a beautiful Oceanside road and then into the rolling green hills of the countryside. As we neared the reserve we passed through Paekakariki which looked like a town straight out of a Western movie. Sidenote: it’s pronounced pie-cake-ariki. You’re welcome.

The Queen Elizabeth reserve is a great sprawl of green, bordered by the shoreline and looking across to Kapiti island. We headed straight for the beach, on what had turned out to be a beautiful “winter” day. I say “winter” because I was strolling around the place in jeans and a cropped jumper, after ditching the scarf because I was too warm. As a girl from the North of England and a boy from Sweden, we’re used to our winters being a little more… wintery. But hey, no complaints!

The sun was beaming down, with only a very light breeze rolling in from the sea, it was really lovely. We strolled along the beach for a short distance, before joining the seaside path that took us parallel to the beach, only with a little more greenery between us and the sea. We took the opportunity to admire the huge grasses that seem to be all over the place at this time of year and that even dwarfed Andreas (big, tall Swede) when standing at their base.

The path rolled out into a gentle incline, at the top of which were incredible views back along the coast. We found ourself a nice bench a little further along the path, and took the opportunity to top up our sugar levels by munching on some Jaffas, (my new snack obsession) …

We decided to take the path that led a little more inland, as the tiny rolling hills looked so lush and inviting. Usually I’m heavily opposed to hills, but these little bumps in the landscape weren’t so bad, and there were benches dotted along the whole route so we took our sweet time. Plus, the views are always worth the uphill struggle in New Zealand. 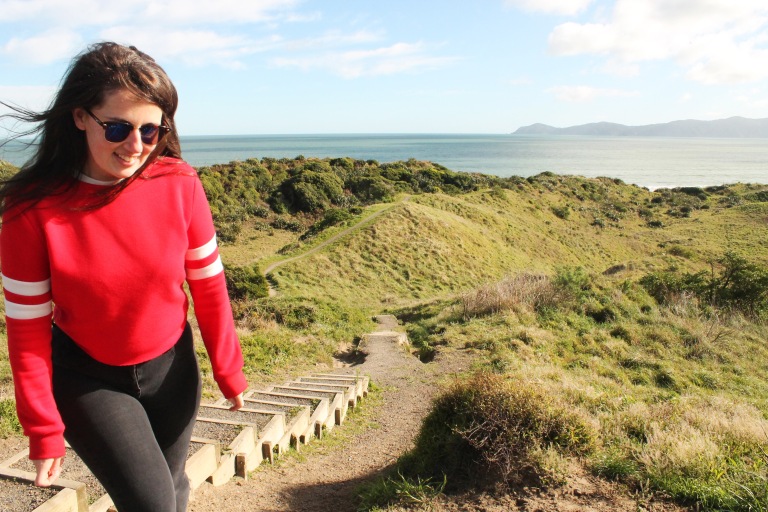 What goes up must come down, and so as the mini hills started to level out again we found ourselves walking alongside a pretty little stream heading towards two big ol’ trees. I have encountered some huge trees here in NZ, though I’m yet to encounter a legendary Kauri tree. ANYWAY, I don’t know what kind of trees these ones were.. but I liked them very much.

The following picture has a fairly boring story but I’m including it because it’s evidence of my flagrant rule breaking in the low-flying, model airplane zone of the park! I found the signage to be very dramatic given that it’s just remote control aeroplanes but hey, maybe there have been some near-misses with tall people in the past?? 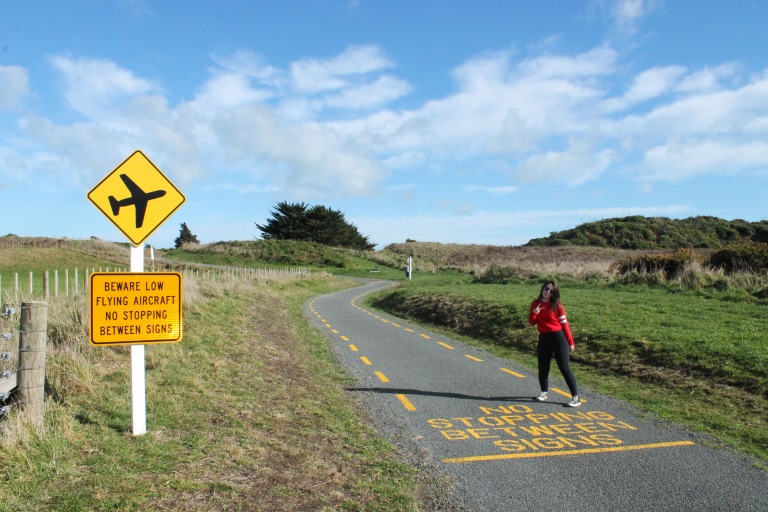 So, wrapping up our visit to Queen Elizabeth Park, we decided to drive into Paraparumu itself. We’d come prepared with our own car picnic and so we found ourselves a spot on the sea shore to sit and enjoy our Afghan biscuits and our takeaway hot chocolates. After polishing off our biscuits and sandwiches, we took a stroll along the beach, which sits directly opposite Kapiti island, and in the far distance, the very top of the South island.

Paraparaumu seemed to be a nice little seaside town, with heaps of cafes where one could easily wile away the hours with a nice bit of cake. We would’ve gladly done this, were it not time to head back down the coast and resume my responsibilities for the day.

I’m very content bumbling around on the Kapiti coast, I highly recommend it.

Thanks very much to Andreas for the photos of my face!